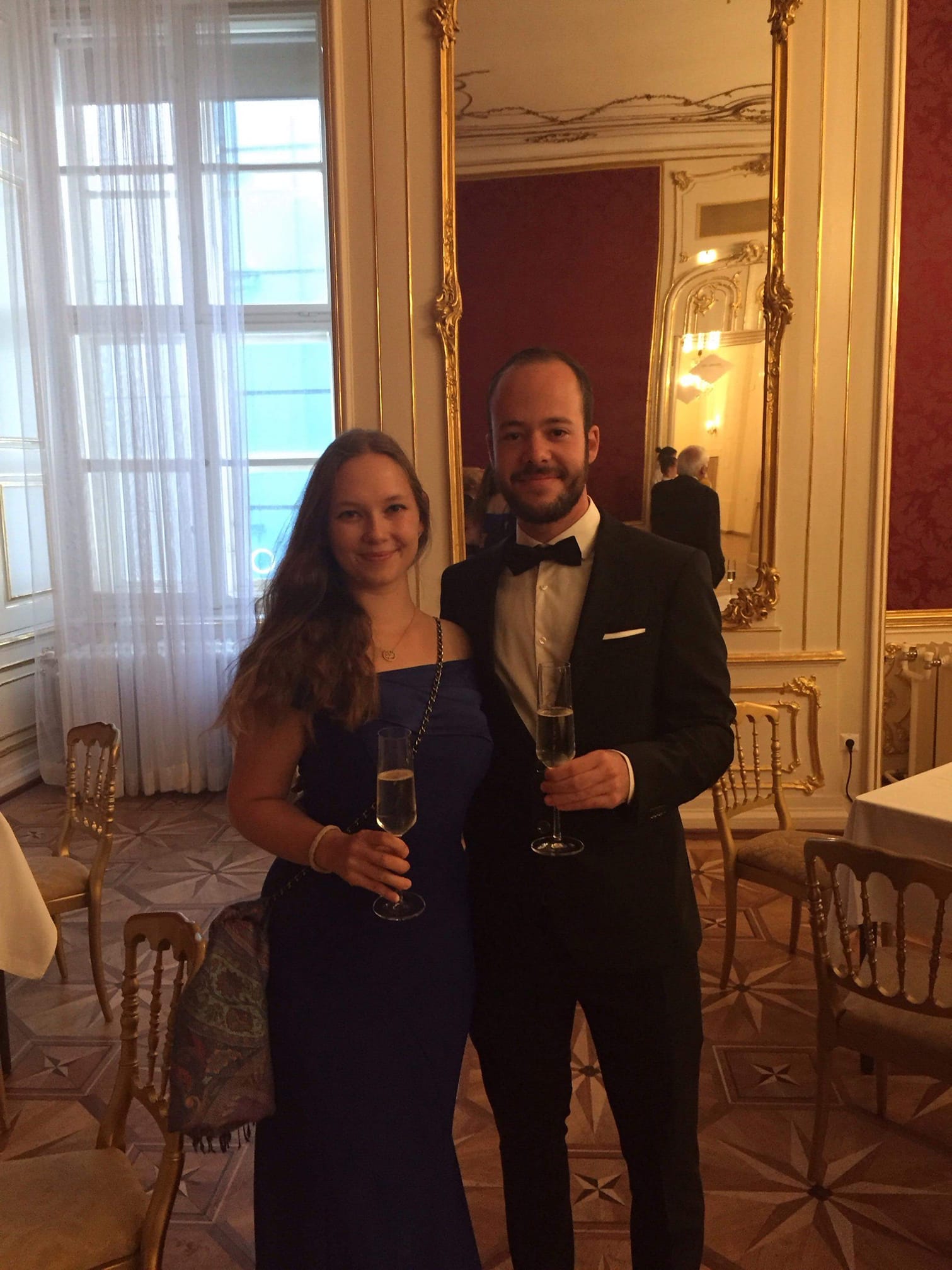 I will never forget my first official waltz dance with my beautiful girlfriend Anna. Few days ago, we were invited by a friend to participate in Vienna’s first Art Ball which took place in Hofburg palace. The event was an attempt to further strengthen the Austrian-Chinese relationship, especially now when the E.U presidency is in Austria. The country plays an important role in several Chinese initiatives, one of which is the famous and vague Belt and Road Initiative.

The invitation was quite unexpected, and as i never attended a ball before i had to buy brand new clothes to fit the dress code. To me it was a proof that one should always share what they do in a clear manner with friends and acquaintances. It’s my interest and planned ventures in China that got me the prestigious invitation, and of course the very good memory of my friend Alex. Surprisingly not many Chinese guests could be spotted in the audience and networking opportunities were somewhat limited. Nevertheless, the program was magnificent and live classical music was played to perfection.

Towards midnight, it was time to dance. I gathered my courage, took Anna’s hand and led her to the front of the main hall. Other dancers were already waiting there, eager to showcase their polished dancing skills and moves. We found a spot at the corner, to not disturb the flow of the experts and i decided to observe the steps. The dance is quite simple and includes three main steps. When demonstrated slowly, the dance seems as easy as can be, but as the tempo increased, the dancing couples seemed as if they are effortlessly flying from one side of the hall to the other. A beautiful synchronization between the many dancing couples was created, with each dancer feeling their partner’s steps.

In my eyes they were experts. It wasn’t what they did, but how they did it. It wasn’t about the number of steps but the speed and elegance which accompanied each step. We can all become experts with time, they don’t know more than we do. They always take the same three simple steps. We just have to learn how to take those three steps and make everyone else believe we are flying.